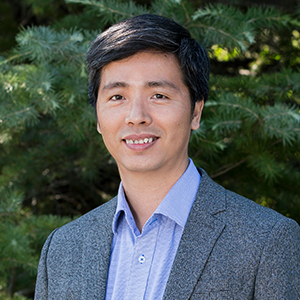 Dung Huynh is a graduate student research intern at the Center for Global Security Research (CGSR) at Lawrence Livermore National Laboratory, a PhD candidate at the Pardee RAND Graduate School, and an assistant policy researcher at RAND. His research interests include East Asian international political economy, security and defense, the South China Sea disputes, and complexity theory and its application to international relations and public policy.

His dissertation topic is about the likelihood of a low-intensity conflict between China and Vietnam in the South China Sea and the US role. At CGSR, he is working on U.S. extended deterrence in Asia, U.S. alliance and partnership in Asia and the South China Sea disputes.

Prior to studying in the US, Huynh was a lecturer in public policy at the Fulbright University Vietnam and a lecturer in management at the Royal Melbourne Institute of Technology University in Vietnam. He previously worked for the Vietnam Ministry of Foreign Affairs in Hanoi and Ho Chi Minh City.

Huynh has a Master of Public Policy from the Lee Kuan Yew School of Public Policy at the National University of Singapore and undergraduate degrees in international relations, foreign trade, and telecommunication from schools in Vietnam.