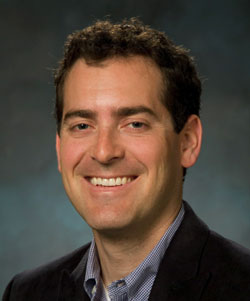 Benjamin Bahney is a Senior Fellow at Lawrence Livermore National Laboratory's Center for Global Security Research (CGSR) where he studies strategic competition in the 21st century in the areas of space, cyber, and advanced science and technology. His research interests include how these new areas of competition affect strategic stability, deterrence, and escalation management.

Ben has written for Foreign Affairs magazine, Foreign Policy, Lawfare, War on the Rocks, and has contributed to the opinion pages of the New York Times, U.S. News and World Report, the Los Angeles Times, the San Diego Union Tribune, and the Washington Times. He was also a contributor to the volume Cross-Domain Deterrence: Strategy in an Era of Complexity published by Oxford University Press (2019). Ben was formerly an associate at the RAND Corporation, where he published on counter terrorism and the internal dynamics of the Islamic State of Iraq and al Sham (ISIS).

Ben received a master's degree in international affairs from U.C. San Diego and a bachelors in history from the University of Pennsylvania.