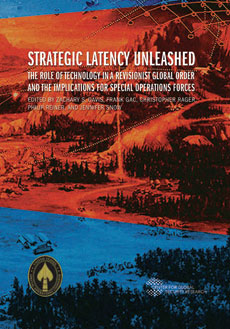 Strategic Latency Unleashed: The Role of Technology in a Revisionist Global Order and the Implications for Special Operations Forces

The world is being transformed physically and politically. Technology is the handmaiden of much of this change. But since the current sweep of global change is transforming the face of warfare, Special Operations Forces (SOF) must adapt to these circumstances. Fortunately, adaptation is in the SOF DNA. This book examines the changes affecting SOF and offers possible solutions to the complexities that are challenging many long-held assumptions. The chapters explore what has changed, what stays the same, and what it all means for U.S. SOF. The authors are a mix of leading experts in technology, business, policy, intelligence, and geopolitics, partnered with experienced special operators who either cowrote the chapters or reviewed them to ensure accuracy and relevance for SOF. Our goal is to provide insights into the changes around us and generate ideas about how SOF can adapt and succeed in the emerging operational environment. 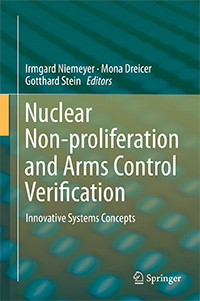 This book strives to take stock of current achievements and existing challenges in nuclear verification, identify the available information and gaps that can act as drivers for exploring new approaches to verification strategies and technologies. With the practical application of the systems concept to nuclear disarmament scenarios and other, non-nuclear verification fields, it investigates, where greater transparency and confidence could be achieved in pursuit of new national or international nonproliferation and arms reduction efforts. A final discussion looks at how, in the absence of formal government-to-government negotiations, experts can take practical steps to advance the technical development of these concepts. 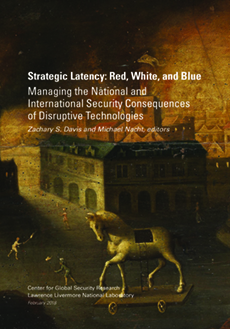 People imagine, develop, and use technology to achieve “wonderful things,” but they also use technology to pursue harmful objectives. Insecurity, anger, jealousy, and greed are just as likely to motivate technological innovation as love, compassion, creativity, and altruism. Judgments about whether technological feats are wonderful or terrible are themselves highly subjective—one person’s big scientific breakthrough can just as easily turn out to be another person’s political, military, or economic disaster. 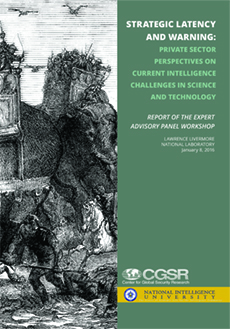 Strategic Latency refers to the inherent potential of science and technology (S&T) to produce powerful tools capable of causing shifts in the balance of power. For the intelligence community (IC), knowledge and understanding of such tools are required to provide decision makers with strategic warning of emerging threats — and to alert them about opportunities to exploit technology trends. 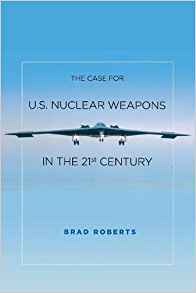 The Case for U.S. Nuclear Weapons in the 21st Century

This book is a counter to the conventional wisdom that the United States can and should do more to reduce both the role of nuclear weapons in its security strategies and the number of weapons in its arsenal. The case against nuclear weapons has been made on many grounds―including historical, political, and moral. But, Brad Roberts argues, it has not so far been informed by the experience of the United States since the Cold War in trying to adapt deterrence to a changed world, and to create the conditions that would allow further significant changes to U.S. nuclear policy and posture. Drawing on the author's experience in the making and implementation of U.S. policy in the Obama administration, this book examines that real world experience and finds important lessons for the disarmament enterprise. Central conclusions of the work are that other nuclear-armed states are not prepared to join the United States in making reductions, and that unilateral steps by the United States to disarm further would be harmful to its interests and those of its allies. The book ultimately argues in favor of patience and persistence in the implementation of a balanced approach to nuclear strategy that encompasses political efforts to reduce nuclear dangers along with military efforts to deter them. 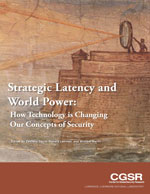 Strategic Latency and World Power: How Technology Is Changing Our Concepts of Security

Strategic latency refers to the inherent potential for technologies to bring about significant shifts in the military and/or economic balance of power. Such potential may remain unexploited or even unrecognized—and thus latent—until various factors coalesce to produce powerful and sometimes unexpected capabilities. This book examines the nexus of factors from science, national policies, and international security that are changing the way we think about security in the modern age. Such multidisciplinary inclusiveness, we argue, is essential for understanding and coping with those changes. 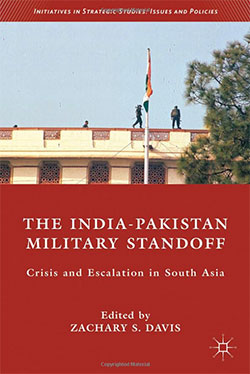 The India-Pakistan Military Standoff Crisis and Escalation in South Asia

Focusing on the 2001-2002 crisis which brought the nuclear rivals to the brink of war, this book explores the dynamics of strategic stability between India and Pakistan. Like the 1999 Kashmir crisis and the 2008 Mumbai crisis, the 2001 attack on the Indian Parliament set in motion events that nearly spun out of control. India's military mobilization raised the specter of full-scale war and the possibility that Pakistan, faced with the defeat of its Army, would resort to nuclear weapons. The contributors focus on five main areas: the political history that led to the crisis; the conventional military environment during the crisis; the nuclear environment during the crisis; coercive diplomacy and de-escalation during the crisis; and arms control and confidence-building measures that can help South Asia to avoid similar crises in the future.