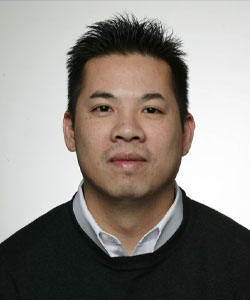 Dr. Tuan H. Nguyen is a senior fellow at the Center for Global Security Research and senior scientist in the Global Security Directorate at Lawrence Livermore National Laboratory. His policy research focuses on countering WMD at the nexus of arms control, nonproliferation, and science and technology while his technical research centers on the development of medical countermeasures and diagnostics for chemical and biological threats.

Previously, he served in the US Department of Defense as chief scientific advisor to the Assistant Secretary of Defense for Nuclear, Chemical, and Biological Defense Programs where he advised on all matters related to the research, development, and acquisition of capabilities to counter WMD, including activities carried out by the Defense Threat Reduction Agency and the offices for nuclear matters, chemical and biological defense, and threat reduction and arms control. He also served in the US Department of State’s Bureau of International Security and Nonproliferation where he was responsible for developing policy recommendations on chemical and biological weapons arms control and nonproliferation. In addition, he has been an adjunct professor of chemistry at George Washington University and California State University, East Bay.

He received his BS in biochemistry from the University of Texas at Austin in 1998, PhD in chemistry from Iowa State University in 2003, and in that same year began his independent research career at Lawrence Livermore National Laboratory as a Herbert York Fellow.