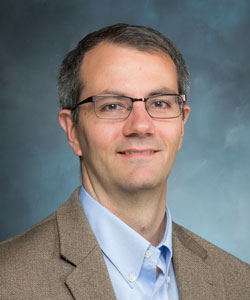 Prior to his work at the Lab he spent several years in the U.S. government studying national security issues, with an emphasis on arms control and nuclear nonproliferation issues.

His current research interests at Lawrence Livermore include extended deterrence, escalation control and strategic stability with an emphasis on emerging domains of competition.

His work leverages the National Laboratory’s expertise in modeling and simulation as well as technical expertise on system design and engineering.

He holds an MA in International Affairs from the University of California-San Diego.