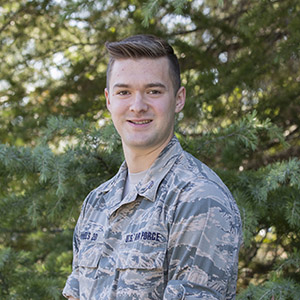 His research supports CGSR's efforts in discussing nuclear and strategic deterrence stability with a focus on the evolving threat posed by hypersonic weapons development as well as analyzing the need for future hypersonic nonproliferation agreements.

At the academy Chris is pursuing an undergraduate degree in Economics and would like to go on to pursue his masters. When not focused on academics, Chris is a soaring instructor pilot, teaching countless other cadets the basics of flight. He will serve as squadron commander in the upcoming semester, leading over 100 people. He hopes to attend pilot training and pursue his long-term career goal of becoming a fighter pilot in the U.S. Air Force.