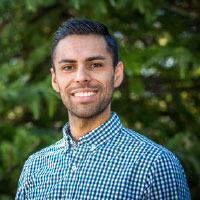 Brian Radzinsky is a predoctoral research intern at CGSR and a PhD candidate in the political science department at the George Washington University.

His dissertation research examines the effects of strategic competition, organizational behavior, and civilian technological innovation on the development of nuclear command and control systems in the United States, Russia, France, and China.

This summer, he is contributing to CGSR’s work on European security and deterrence by examining the effects of nuclear modernization programs in the United States and Russia on strategic hedging and arms control strategy. Other projects examine Russian nuclear strategy and the strategic stability implications of long-range strike systems.

In 2017–2018 he will be a pre-doctoral fellow at the Institute for Security and Conflict Studies at the George Washington University Elliott School of International Affairs. He is also a researcher with the Elliott School’s Nuclear Security Working Group. Previously, he managed nuclear security initiatives at the Carnegie Endowment for International Peace. He holds an MA in political science from the George Washington University and a BA in political science from Reed College.