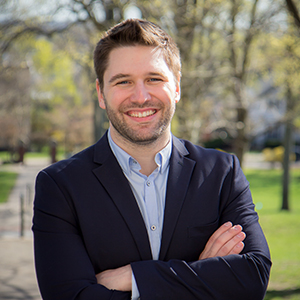 Oleksandr Shykov is a recent graduate of the Fletcher School of Law and Diplomacy where he concentrated on the International Security Studies in the Asia-Pacific.

For his undergraduate thesis at UC Berkeley, which was subsequently published the Cornell International Affairs Review, he investigated security dynamics between the two Koreas, and specifically North Korean resistance to South Korean soft power. At the Fletcher School, his main areas of research were Russian foreign policy and nuclear strategy, Soviet-DPRK relations and North Korea’s nuclear weapons program and its security implications for the nonproliferation regime. Oleksandr is presently working on Russia’s cyber operations and disinformation campaigns as well as North Korean nuclear and cyber capabilities.

During his time at Fletcher, he taught courses at the Osher Lifelong Learning Institute and Tufts’ first Summer Pre-College Intensive IR program. He speaks Ukrainian, Russian and Spanish.