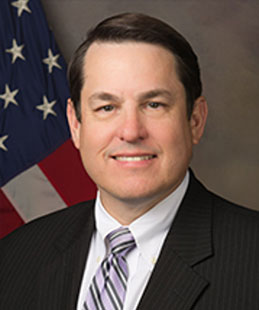 Charles D. Lutes is a Senior Fellow at the Center for Global Security Research at Lawrence Livermore National Laboratory (LLNL). He is also the director of the Office of Defense Coordination at LLNL. Prior to joining the Lab in August 2018, he served as the Director of the Center for the Study of Weapons of Mass Destruction (WMD) at the National Defense University (NDU) in Washington, D.C. He joined NDU in 2013 as a Senior Research Fellow after serving in the Office of the Undersecretary of Defense for Policy as a senior advisor for Countering WMD and as Acting Principal Director for Nuclear and Missile Defense Policy. Mr. Lutes culminated his 28-year Air Force career as Director for Counterproliferation and Nonproliferation on the National Security Council Staff under Presidents George W. Bush and Barack Obama. Mr. Lutes served as Chief of Strategic Plans and later as WMD Division Chief in the J-5 Directorate on the Joint Staff. He also served as a Senior Military Fellow at NDU’s Institute for National Strategic Studies. As an Air Force pilot, Mr. Lutes has flown over 3,000 hours in F-4, T-38, EC-135, KC-135, and C-5 aircraft.