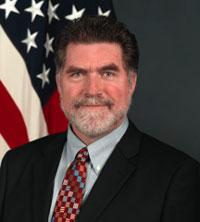 As part of the ongoing Nuclear Crossroads Initiative, the Center for Global Security Research (CGSR) is sponsoring a talk entitled “Strategic Conflict in the 21st Century: Theories of Victory, Red and Blue” Following the lecture there will be a question and answer session. This is open to the Laboratory.

The nature of potential strategic conflicts in our changed and changing security environment remains poorly understood. Whether, when, and how the United States might ever have to employ a nuclear weapon, or to integrate non-nuclear capabilities for strategic effect in combat, are matters of rising debate. They are also matters of rising policy salience in Washington after a period of roughly 15 years of intense focus on innovating to meet the demands of counter-terrorism and counter-insurgency. There is a rising appreciation in Washington that a handful of states have had an intense focus of their own—on innovating to meet the demands of deterring and defeating power projection by the United States. They have developed theories of victory—a body of ideas and beliefs about how to utilize nuclear and other means for purposes of blackmail and brinksmanship to achieve their aims in both war and peacetime. In response, the United States has developed a strategy for strengthening regional deterrence architectures that diversifies the military toolkit away from heavy reliance on nuclear weapons, while also preserving an essential nuclear role. Its own theory of victory for negating the blackmail and brinksmanship of regional adversaries has begun to take shape. This presentation will review the shift from global to regional conflict as the central paradigm of 21st century strategic conflict; review and assess the thinking of Russia, China, and North Korea about how to safeguard their interests in an escalating conflict with the United States; and describe the U.S. strategy for strengthening regional deterrence and associated theory of victory.

Brad Roberts is the new director of the Center for Global Security Research. From 2009 to 2013, he was Deputy Assistant Secretary of Defense for Nuclear and Missile Defense Policy. In this capacity, Dr. Roberts played a leading role in the Obama administration’s Nuclear Posture Review and its implementation. He recently concluded 15 months as a consulting professor at Stanford University and as a William Perry fellow at Stanford’s Center for International Security and Cooperation, where he authored a book entitled The Case for U.S. Nuclear Weapons in the 21st Century (Stanford University Press, forthcoming November 2015).

Strategic Conflict in the 21st Century: Theories of Victory, Red and Blue

As part of the ongoing Nuclear Crossroads Initiative, the Center for Global Security Research (CGSR) sponsored this talk by Brad Roberts, entitled “Strategic Conflict in the 21st Century: Theories of Victory, Red and Blue” on May 21, 2015, at Lawrence Livermore National Laboratory.