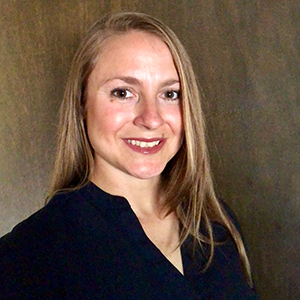 Major Trisha E. Wyman is a visiting scientist at the Center for Global Security Research (CGSR) at Lawrence Livermore National Laboratory (LLNL) and a leader in Psychological and Special Operations for the U.S. Army Special Operations Command. Trish also trained and is educated in intelligence and chemical, biological, radiological, and nuclear fields. She has nearly two decades of military service with deployments and assignments around the world. Trish is a Distinguished Honor Graduate of the U.S. Army's Psychological Operations Qualification Course and holds the Meritorious Service Medal, NATO Medal, and other awards and decorations.

Major Wyman holds a bachelor's degree in global studies with a concentration in political science from Methodist University and a masters from the George Washington University in security and safety leadership. She recently earned a Master of Science in information strategy and political warfare from the Naval Postgraduate School. In addition, Trish also recently graduated from the Naval War College, Joint Professional Military Education with distinction.

Her most recent research for CGSR focuses on Russian disinformation and includes a thesis titled "Social Media and Strategic Nuclear Weapons: The Russian Case." Trish also explores media tactics and methodologies in support of security strategy, including deterrence and coercion. She has also co-authored a chapter titled "Special Operations Forces and Cyber-enabled Influence Operations" in a book for the U.S. Special Operations Command.

In her free time, Trish volunteers in the community. Some of her volunteering has included mentoring at-risk youth at Rancho Cielo, as well as educating and engaging audiences at the Airborne and Special Operations Museum. She also publishes and maintains a secure website at www.leaderscholarvolunteer.com. In addition, Trish guest lectures on information warfare, political science, and motivational topics. Her most recent guest lecture in the area of psychological operations focused on enduring use within the intelligence and information operations curriculum of the University of Arizona.