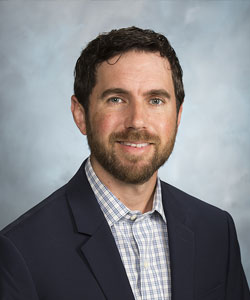 Dr. William Dawson is a technical research scientist at Lawrence Livermore National Laboratory (LLNL) within in the Physics division of the Physical and Life Science directorate, as well as a Fellow at the Center for Global Security Research (CGSR). Dr. Dawson is also a Class of 2020-2021 Fellow at the Bush School of Government & Public Service at Texas A&M University. His research interest at CGSR are focused on mapping concepts from technical fields such as statistics, machine learning, and robotics to better understand and study foreign affairs challenges such as social warfare.

Dr. William Dawson has close to 20 years of experience in the technical fields of engineering, astronomy, and physics. After earning a B.S. in Maritime Systems Engineering from Texas A&M University at Galveston in 2002, he worked as a Senior Engineering Specialist at Technip in Houston, TX until 2006. During this time, he performed structural design and engineering on over five large offshore oil floating platforms. In 2006 he was the youngest to receive the Jacques Franquelin Award, a prestigious internal company award honoring those “who through their spirit of initiative, their creativity, or their sense of innovation and cooperation within the Group, contribute to the dynamism and development of Technip.”

Following his career in engineering, Dr. Dawson pursued a Ph.D. in physics at the University of California, Davis, which he received in 2013. As a graduate student he was awarded over $250,000 in grants and fellowships. After receiving his Ph.D., Dr. Dawson began work at Lawrence Livermore National Laboratory (LLNL) where he is currently a Research Scientist in the Physics Division and actively supports the Global Security Directorate.

While at LLNL, Dr. Dawson has supported and led activities at the scientific frontier, including dark matter and dark energy research with astronomical surveys including the Large Synoptic Survey Telescope, the Hubble Space Telescope Reionization Lensing Cluster Survey, and a survey of Milky Way black holes. Recently he has been conducting research at the intersection of information theory, machine learning, and statistics for distributed autonomous robotic systems. During this time Dr. Dawson has held leadership roles in several international scientific collaborations and (co)authored over 50 refereed articles and more than 50 academic talks, as well as extensive public outreach including print and televised contributions such as Through the Wormhole with Morgan Freeman. He also referees manuscripts for journals, helps organize conferences, and serves on review panels for the National Science Foundation, NASA, and LLNL. In addition to his scientific contributions Dr. Dawson has supported and led national security projects supporting the Department of Energy, US Air Force, and other US government agencies.