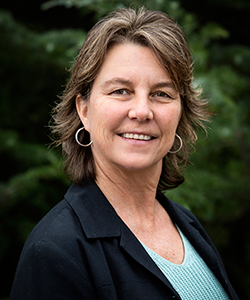 Paris E. Althouse is a Senior Fellow in Center for Global Security Research. She also supports Global Security and Biosciences and Biotechnology Divisions as a Special Projects Coordinator. Paris supports CGSR in special projects and is working on issues in bio security and currently her focus is on the interplay of high performance computing, drug discovery and developing regulations.

Prior to coming to CGSR she was the LLNL Program Manager for Global Initiative for Proliferation Prevention (GIPP) program from 2005-2014. As such she helped to initiate cooperative projects teaming scientists from LLNL and US industry partners with former weapons scientists primarily from the former Soviet Union. She successfully helped to initiate and oversee more than 40 collaborative projects to help mitigate the risk of expertise proliferation through science and technology collaboration, outreach and training in Russia, Ukraine, Kazakhstan, Georgia, Armenia, Azerbaijan, and Iraq.

Paris also supports the Department of State Cooperative Threat Reduction Programs for Chemical Security and Biological Engagement and the LLNL Chemical and Biological Counter-measurement Programs where she specializes in the response, sampling and analysis for bio-threat agents in the environment. She is the Logistics and Operations Manager for the Bio-threat Response Vehicle (BRV) which is an LLNL asset for mobile field response to national bio-threat emergencies.

Paris joined LLNL in 1989 after serving in the U.S. Coast Guard as a Quartermaster on the USCGC Jarvis. From 1989-2005 she worked in the Environmental Protection Department, starting as a sampling technologist to eventually serving as the Air Monitoring Analysts responsible for LLNL's regulatory monitoring, compliance and reporting of the LLNL Radiological air surveillance network.

Paris received her bachelor's degree in Environmental Sciences from California State University of Hayward in 1999 and Earned a Masters Certificate in National Security Policy from Texas A&M in May of 2011.