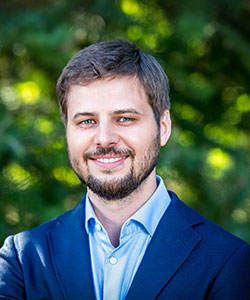 Dr. Jacek Durkalec is a senior fellow at the Center for Global Security Research (CGSR) at Lawrence Livermore National Laboratory (LLNL). He is also affiliated to the Center for International Security and Cooperation (CISAC) at Stanford University.

His research focuses on U.S. policy of extended deterrence in the context of current global challenges and increasingly integrated spheres of strategic deterrence and influence. In particular, he explores how U.S. alliances in Europe and the Asia-Pacific region need to adapt to multidomain and transregional character of 21st century competition and conflict.

From 2017 to 2020, Jacek was a postdoctoral research fellow at CGSR. Prior to joining LLNL, he was a research analyst at the Polish Institute of International Affairs (PISM) from 2010 to 2017. Jacek was also a staff member in the Missile Defence Office of the Polish Ministry of National Defence in 2009-2010, and an intern in the Strategic Planning Unit of the Executive Office of the Secretary-General of the United Nations in 2008.

Jacek holds a doctorate in political science (2016) and master's degree in international relations (2008) from Jagiellonian University, Krakow, Poland. In 2015, he was a visiting scholar at the National Security Affairs Department of the Naval Postgraduate School in Monterey, California.

Jacek authored more than 50 publications and presented at more than 50 conferences and seminars on topics related to US extended deterrence, NATO deterrence and defense policy, nuclear and conventional arms control, missile defense, and WMD non-proliferation.