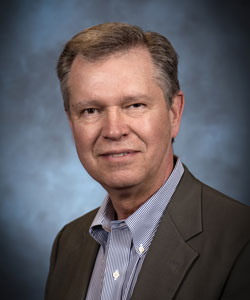 Bruce Goodwin is a Senior Fellow at the Center for Global Security Research at the Lawrence Livermore National Laboratory. Before becoming a Senior Fellow, he was the Associate Director-at-Large for National Security Policy and Research. In this, role he was responsible for LLNL policy research and liaison with the US military, US government and non-governmental organizations. Previous to that position, he was the Principal Associate Director for the nuclear weapons program at Lawrence Livermore from 2001 until 2013. He has been a key player in the success of the nuclear weapons program since 1981, first at Los Alamos National Laboratory and since 1985 at LLNL. While at both Labs, he was design physicist on five nuclear tests. As the Principal Associate Director, he led the process to certify LLNL nuclear weapons and was responsible for establishing priorities, developing strategies, and designing and maintaining LLNL’s nuclear weapons. In leading the Stockpile Stewardship Program, he was instrumental in developing the Quantification of Margins and Uncertainties methodology for sustaining the deterrent without nuclear testing. He won the Department of Energy E.O. Lawrence Award for innovative weapons science by demonstrating that plutonium behaves in a fundamentally different way than previously thought – now the basis for understanding weapons performance. Goodwin received his doctorate and master’s in Aerospace Engineering from the University of Illinois, and his bachelor’s degree in Physics from City College of New York. As one of the world’s leading theoretical experts in plutonium and implosion dynamics, he has often presents weapons physics to the community, officials and members of Congress.