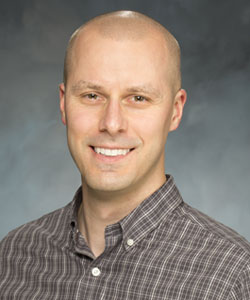 Andrew Ratkiewicz completed his postgraduate study at the National Superconducting Cyclotron Laboratory at Michigan State University, where he measured the evolution of collectivity in exotic isotopes of silicon and the collapse of the N=28 magic number. He then moved to Oak Ridge National Lab, where he worked as a postdoc for Rutgers University building a large-scale particle-gamma detector and developing indirect methods for constraining the properties of neutron-induced reactions. Andrew joined LLNL as a postdoctoral researcher in 2015 and became a staff member in 2017. His research interests include nuclear astrophysics, national security, and game design.